History of the Issaquah Salmon Hatchery 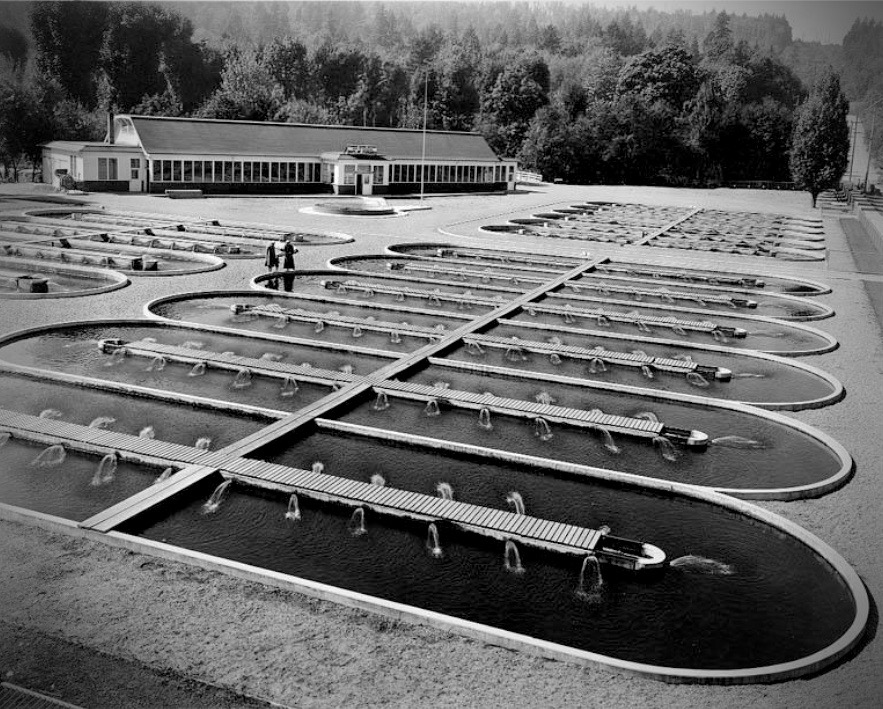 You cannot think of Issaquah without also thinking about the salmon. The community and the species are inextricably linked. Issaquah Creek for centuries teemed with this mighty species, which provided the local First Nation populations with a vital food, cultural and trading resource.

The Issaquah Hatchery was constructed in 1936 as a federal Works Progress Administration (WPA) venture, created to restore the historic salmon runs that once thrived in Issaquah Creek but had been destroyed by logging, coal mining and other activities in the Issaquah Creek Basin.

The Issaquah Hatchery’s salmon stocks originally came from the Green River. The hatchery began raising chinook, coho and steelhead (and historical records indicate that sockeye were also spawned here). Today the hatchery raises chinook and coho; steelhead rearing stopped in the early 2000s. Plans are in the works to spawn and/or raise Lake Washington kokanee at the Issaquah Hatchery.

The hatchery grounds were once part of a city park that was connected to downtown Issaquah with a wooden bridge over Issaquah Creek. During the 1920s, the park featured a bandstand and speaking platform for large holiday celebrations, and there was much picnicking along the creek.*

Every year the hatchery, which is owned and operated by the Washington State Department of Fish and Wildlife (WDFW), serves as the hub for Issaquah Salmon Days, a festival presented by the Issaquah Chamber of Commerce to honor the annual return of the salmon. The annual Salmon Days Festival began in 1970 and draws an estimated 150,000 visitors to the city to celebrate the species with which Issaquah is so closely identified.