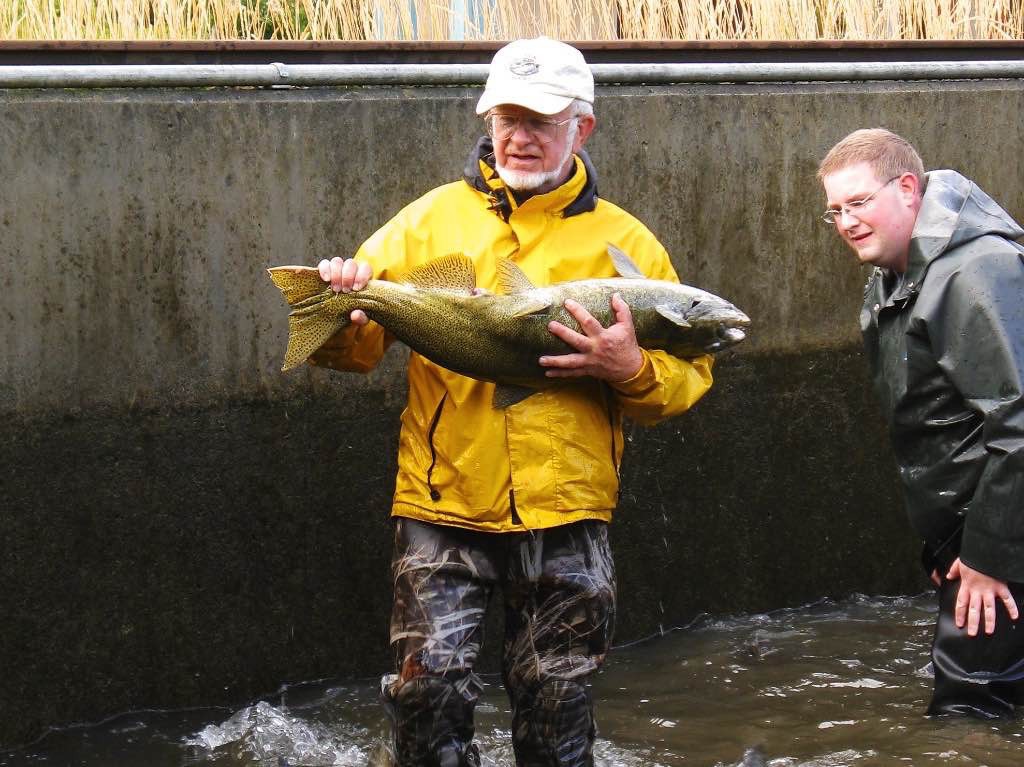 Although the hatchery is open year-round, Autumn is the most active time of year, when adult chinook and coho salmon return to the Issaquah Salmon Hatchery.

Chinook are the first to return, with the first salmon usually showing up in late August and the bulk of the return arriving by mid-September through mid-October.

Hatchery staff and volunteers begin trapping adult salmon for brood stock in September and continue through November, collecting eggs and milt (sperm), fertilizing the eggs, and getting them settled in incubation trays.

You can see the spawning at the hatchery on many Tuesday mornings during the Fall. (This process involves striking salmon on the head and cutting open the bellies of females to retrieve eggs and is not recommended viewing for small children).

From the hatchery bridge, visitors can see the adult salmon digging their redds (nests) and spawning in Issaquah Creek. Visitors can also get an up-close, nose-to-nose view of the salmon from the hatchery’s glassed-in fish ladder.

The Issaquah hatchery also raises rainbow trout, which are usually on display in the Fall in ponds on the north side (Sunset Way side) of the hatchery.

Tours of the hatchery given by volunteer educators are available during the week for groups of 10 or more. Get more information or schedule a tour.