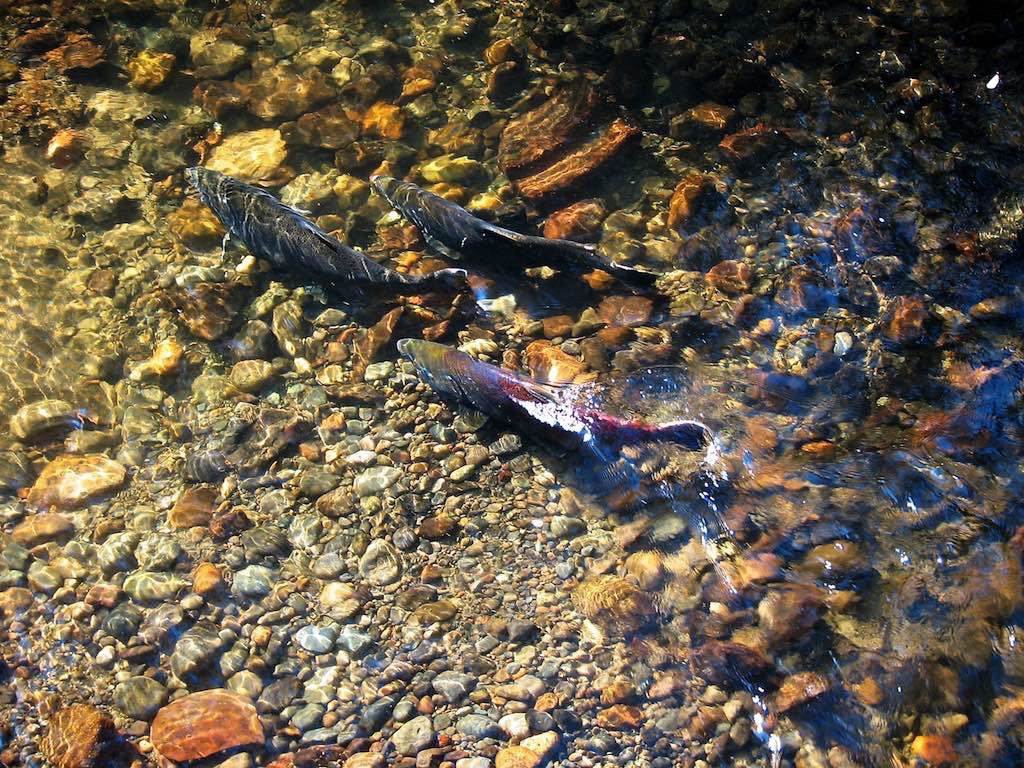 Around mid-April, yearling coho are released into Issaquah Creek. Juvenile chinook, which hatched in December and January, are released into the creek around late May or early June. Both species are released as “smolts,” which means they are preparing to migrate from fresh water to salt water.

The hatchery will also release rainbow trout into Lake Desire and Lake Shadow, both in Maple Valley.